In the 1880s, at the height of Chicago’s labor movement, 78 percent of its workers were immigrants. Historian Heath W. Carter argues in Union Made that Chicago’s Catholic immigrant workers mobilized their faith in support of unions and protecting the dignity of labor. While the archdiocese remained critical of labor radicalism, working class communities were “hotbeds of alternative Christianities” in the late nineteenth century according to Carter. Last week, the Ramonat Scholars read this and other histories of Catholics’ diverse union and political participation from the nineteenth century to the present.

The contributions of Catholic workers in Chicago’s past can still be appreciated in the city’s landscape through parks, monuments, union offices, ethnic parishes, and schools. The Ramonat Scholars embarked on an urban scavenger hunt last week to explore how and where Catholics left their mark on Chicago.

Mark Neuhengen and Jenna Ludwig at the statue of James Connolly

Sarah Eden at the Haymarket Memorial 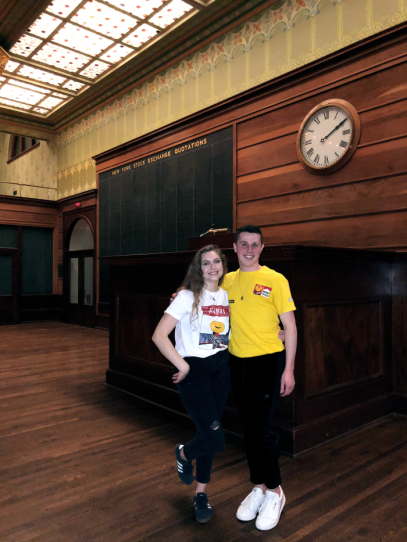 Laura Enachescu at the Pullman Museum 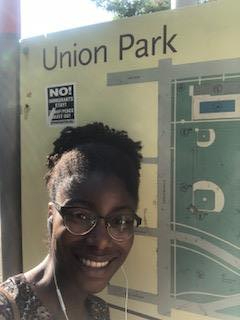 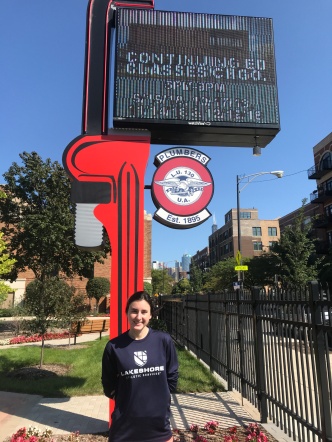 Colette Cooney at the Plumbers Union

To read more about the Ramonat Scholars’ urban explorations, check out their newest blog post on the righthand tool bar ⇒⇒⇒