In week two, the Ramonat Scholars looked at various books from Loyola’s original college library that had been identified by the Jesuit Libraries Provenance Project. To prepare them for these sources, the students were given a seminal essay by Robert Darnton, now University Librarian at the Harvard University Libraries, on “What is the History of Books?” and had a choice of several titles on a reserve shelf in Loyola’s University Archives and Special Collections. 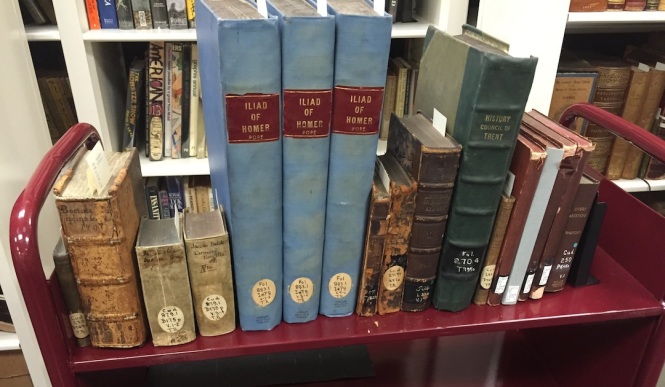 Some of the books from the original St Ignatius College Library. Image from Claire Blankenship’s blog post.

The Scholars’ blog posts reveal the richness of history of the book studies: no two people look at a book in the same way. Each uncovers different elements of the stories these surviving texts have to share:

It’s a well-worn cliché, but this week’s posts certainly prove that you cannot judge a book by its cover – although that cover might have some really interesting things to tell you about the book! 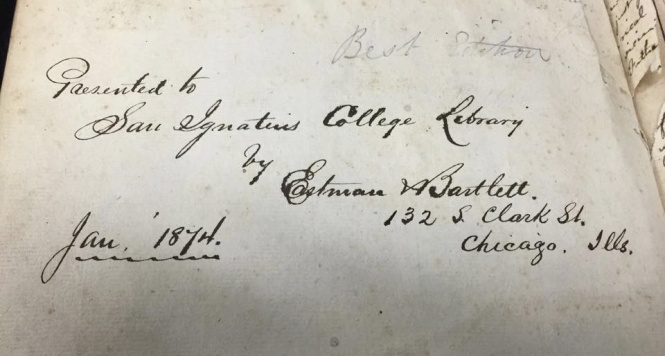 An inscription inside the front cover of the 1676 copy of Sarpi’s History of the Council of Trent. Image from Guy Valponi’s blog.

One thought on “What Is in a Book?”